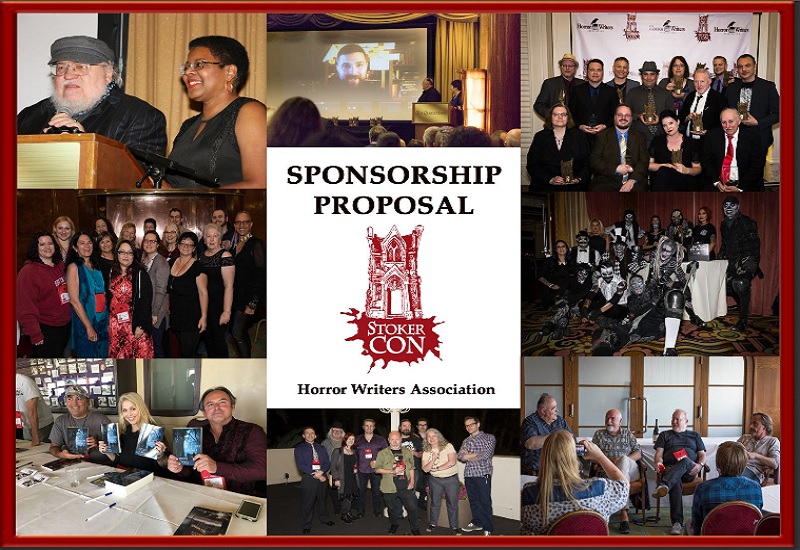 While StokerCon™ 2021 has gone virtual this year, we will still hold a full convention, including the presentation of HWA’s iconic Bram Stoker Awards in addition to Horror University, the Final Frame Film Competition, the Ann Radcliffe Academic Conference, and Librarians’ Day. It will be the premiere horror event of the year, and your sponsorship will both serve a growing, vital community, and put your brand before hundreds of hungry fans. Our previous StokerCons have garnered national coverage from such mainstream news sources as Huffington Post and important genre publications as Locus Magazine.

The Convention will be held virtually, May 20th through 23rd, with our Bram Stoker Awards® Banquet taking place on the evening of Saturday, May 22nd. The awards presentation will be live-streamed on the Internet and recorded for later sharing on HWA’s dedicated YouTube channel.

So, HERE is the chance for your organization to become a sponsor of HWA and the next StokerCon™. You will gain exposure over a lengthy period to our over 1600 members worldwide, and to the thousands of writers, readers and horror fans who visit our websites every month. This is a very targeted audience – horror writers, publishers, editors, illustrators, screenwriters, poets, readers and fans.

We thank you in advance for your kind consideration. If you have any questions regarding Sponsorship Packages, please contact the President, John Palisano, via [email protected]

Please see the note about the tax deductibility of sponsorship at the end of this document.

Note about Tax Deductibility of Sponsorships

Publishers, booksellers, and authors will generally deduct sponsorships as a business expense. In addition the Horror Writers Association is an organization as described in Section 501(c)(3) of the Internal Revenue Code, and donations may be deductible as charitable contributions.